The people that make everything work 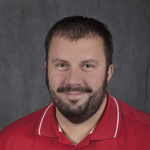 In addition, under Nick’s leadership, the Moon Area School District Music Department has solidified its roots as a leader in music education in the state of Pennsylvania. The music department annually sends students to the All-State Music Ensembles, performs in master classes with world-renowned educators and performers, and produces an All-District Music Celebration/Concert, which incorporates over 550 music students ranging from grades 4th-12th, in a continuous music concert extravaganza. The MASD Music Department has been named a 2014, 2015, and 2016 NAMM Best Communities for Music Education School.

As a trumpet player, Nick has studied with Dr. Stephen Hawk, formerly of Slippery Rock University of Pennsylvania, Chuck Lirette, Co-Principal Trumpet of the Pittsburgh Symphony, and Frank Eisenriech, former Principal Trumpet for the Pittsburgh Ballet and Opera Orchestra. Nick continues to perform in and around the Pittsburgh area in both classical and jazz idioms. He is also an alumnus of the Bluecoats Drum and Bugle Corp from Canton, Ohio.

Nick resides in Moon Township, Pennsylvania with his wife Janice and daughter Grace. 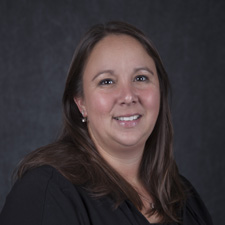 Jennifer Minamyer is the Director and Designer for both the Moon Area High School Marching Band Color Guard and the Indoor Winter Guard Programs. Jen has performed with numerous local color guard groups, most notably four years with the Bluecoats Drum and Bugle Corps from Canton Ohio. She has instructed and designed for various groups ranging from Slippery Rock University Color Guard to several area high school groups. Jen has been with MAHS Color Guard since 2004 and was the founder of the MAHS Winter Guard Program. Jen is employed by Clearview Federal Credit Union. 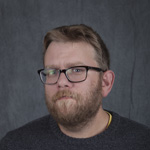 Mr. Fear serves as the director of percussion for the Moon Area School District teaching 6th -12th grade percussion classes, Comprehensive Musicianship II, 8th Grade Music Appreciation, and 5th grade band classes. Many of the groups that Mr. Fear has worked with have been perennial BOA Regional and Grand National finalists and semi finalists, WGI regional finalists, class champions in the PIMBA marching band and TRWEA indoor circuits, performed all around the country including performances at the Music For All National Percussion Festival. In addition his groups have performed with the Pittsburgh Symphony and at PAS days of percussion. In 2011, Mr. Fear was honored by being chosen to arrange music for NBC and the NHL for the Winter Classic between the Pittsburgh Penguins and Washington Capitals, which was viewed by over 4.5 million fans.

As a consultant and clinician Mr. Fear has worked with several band and percussion programs around the country. He was instrumental in the creation and instruction of the Matrix Open percussion ensemble in 2015 and the creation of a new percussion ensemble in the Pittsburgh area, Three Rivers Indoor Percussion in 2010. Mr. Fear also served on the percussion staff for the Spirit of Atlanta Drum and Bugle Corps in 2011 and 2012. Most recently, Mr. Fear will be working with the Phantom Regiment Drum and Bugle Corps for their 2017 season.

Mr. Fear is a graduate of the Duquesne University Mary Pappert School of Music with a B.S. in Music Therapy with an emphasis in percussion performance. He has studied with Chris Allen of the Pittsburgh Symphony, Rolando Morales-Matos, Lenny Rogers, and Stanley Leonard. In 2001, Mr. Fear has marched with the General Butler Vagabonds and placed in the top ten at the DCI Individual and Ensemble snare drum competition while marching with Pioneer Drum and Bugle Corps. He completed a teacher education certificate program at Carnegie Mellon University. Mr. Fear has also served as a music judge for the Pennsylvania Federation of Contest Adjudicators. He currently resides in Coraopolis, PA and performs as much as possible around his busy teaching schedule. Mr. Fear proudly endorses Innovative Percussion sticks and mallets and would like to thank them for their support. 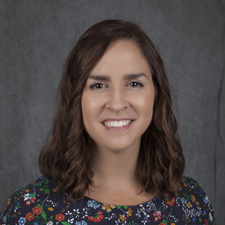 Abigail began working with the Moon Area High School Marching Band in 2014 as a brass and visual instructor. In 2016 the Marching Band received awards in High Music and High Visual at Bands of America Regional Competitions, and in 2017 they earned an award in all three categories, adding High General Effect.

Abigail has been a clinician at several successful music programs, including Mars, Seneca Valley, North Allegheny, and Peters Township. She also teaches private lessons at the Pittsburgh Youth Chamber Orchestra School of Music in Wexford, PA. As a performer, she has a vast and diverse background. She has performed with the Slippery Rock University Winterguard, earning 1st place in the 2014 Three Rivers Winter Ensemble Association Championships. She also marched for two years in Drum Corps International groups: 2013 with Spirit of Atlanta Drum and Bugle Corps, and 2014 with Carolina Crown Drum and Bugle Corps, winning 11th and 5th place at World Championships, respectively. Abigail was chosen to travel to Japan with the Carolina Crown Drum and Bugle Corps in 2014 to perform and put on clinics in Makuhari and Takasaki as part of a festival sponsored by Yamaha. In 2015, Abigail was a member of Rhythm X Winds during their inaugural season when they earned 1st place in the World Guard International Winds Championships.

As a trumpet player, Abigail has studied with Stephen Hawk, formerly of Slippery Rock University of Pennsylvania, and Chad Winkler of the Pittsburgh Symphony Orchestra. Abigail was the first place winner of the Robert and Carolyn Shankovich Wind Concerto Competition at Duquesne University in 2017 and performed a solo concert at Carnegie Music Hall in Oakland. Abigail currently resides in Millvale, PA and enjoys performing in and around the Pittsburgh area in both the classical and jazz idioms.