The MAHS Color Guard is a vital and important part of the award-winning Moon Area High School Marching Band. Auditions for the Color Guard take place in May of the previous school year (check moonband.org for audition information). Color Guard members follow similar schedules to the marching band, participating in all events and activities in which the marching band performs.

In December, the color guard focus turns to the winter guard. Winter guard is the sport of indoor color guard. Modern color guard is a combination of the use of flags, sabers, mock rifles, and other equipment, as well as dance and other interpretive movement. Winter guards can be found in high schools, middle schools, and some universities, as well as independent organizations not affiliated with an educational institution.

Performance Attire: Competition performance attire is selected at the beginning of each year by the director. 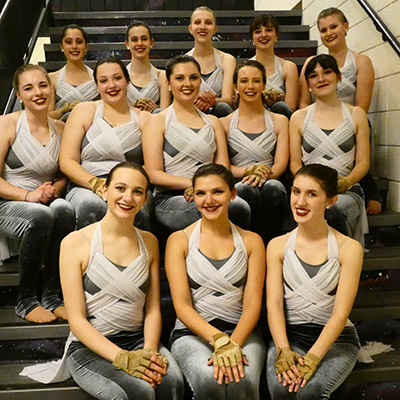